3 Spots for Great Beer in Miami

Floridians love their beer so it's no wonder that it is home to more than 200 breweries. The first brewery in the state, the Florida Brewing Company, opened way back in 1896. Florida has seen its share of ups and downs with its local brewery industry especially when it faced stiff competition from macro-breweries that opened their plants in the state. Restrictions before limited the container sizes so it was a relief in 2001 when Governor Geb Bush enacted legislation that gave more local brewers leeway. No surprise then that brewpubs, craft breweries grew in numbers. Here are three you should definitely check out in the Miami area. 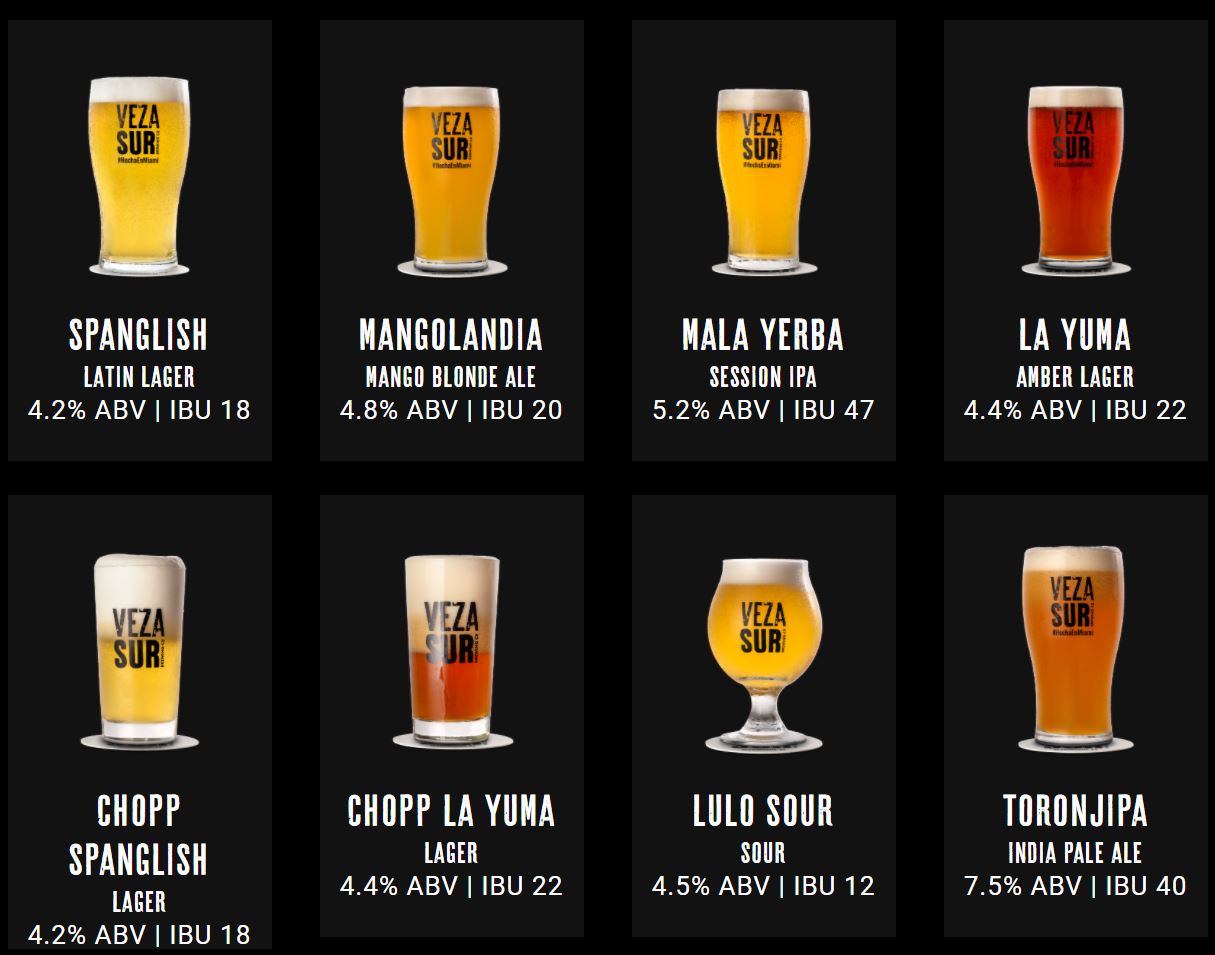 Veza Sur Brewing has its roots in Latin American brewing techniques as its main brewmaster hails from there. The brewery is nestled at 55 Northwest 25 Street in a 10,000 sq.ft. space that contains a brewing plant and a taproom.
The taproom occupies half their space in Wynwood. It has a 40-foot bar where customers can see the
brewery in operation. The entire operation has a 15-barrel system to ensure that great quality beer is always served. Speaking of beer, they serve 16 different types of beer for the discriminating taste. You can try the Chopp (pronounced [schoh-pee]), Lagers, Pale Ale, among others. They also have beer cocktails like Michelada, Cafe Con Flan, and Shoot the Moon, among others. And it's not all fun and beer as they also have a menu for you foodies. They have corn snacks, Poppers, charred scallions, chicken wings, fries, tenderloin, tahini, charred pineapple, and iced cream, and others. They also have a food truck by Bajo Baos which serves Asian food and it's within the property if you want it to go or just have your drink outside with their cozy outdoor space for chilling and drinking. As a bonus for their usual patrons, subscribing to their email will net you great specials and discounts. Find out more about Veza Sur here. 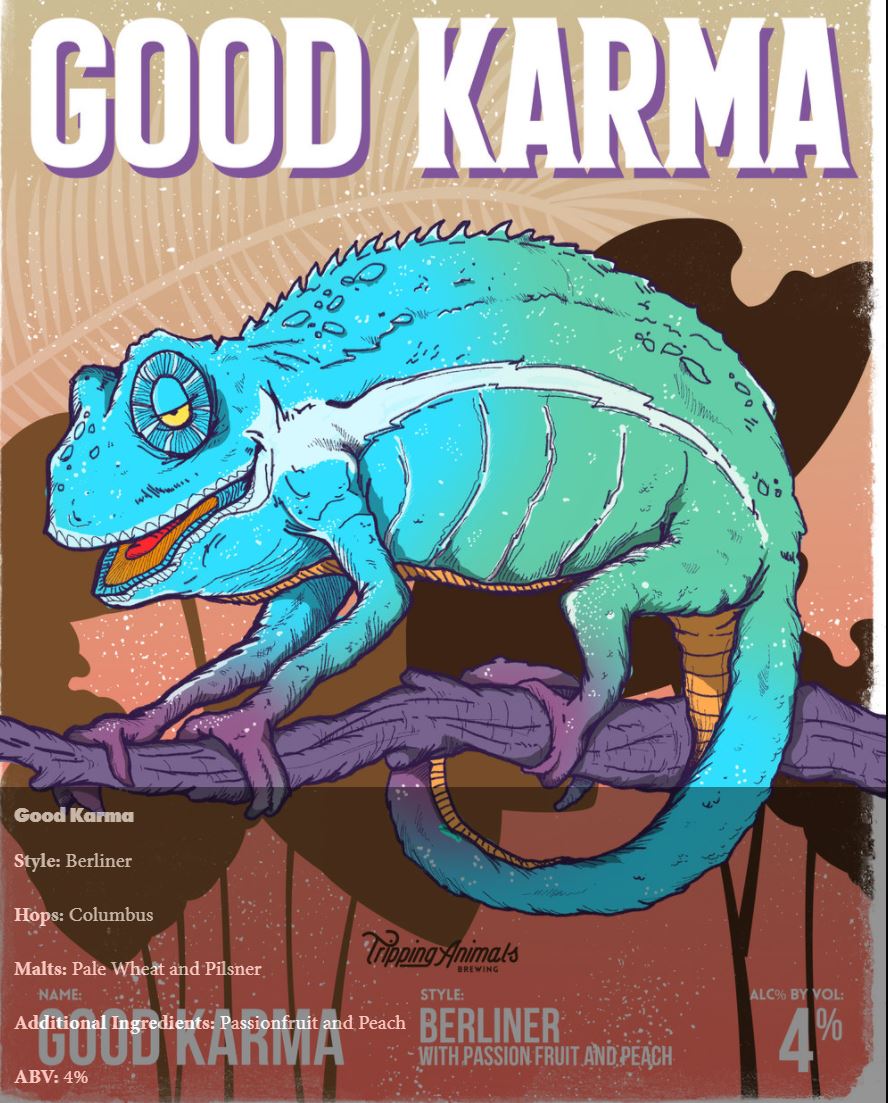 Located in the heart of Doral, Florida, Tripping Animals Brewing Co. is another brewery with Latin American origins, and this time it's Venezuela. The company started in 2018 when Daniel Chocron, Iker Elorriaga, Ignacio Montenegro, and Juan Manuel Torres finally perfected their experimentation of local and international brewing techniques. The shop is on a 15,000 sq. ft. property which contains the bar, seating, area, production facility, and recreational amenities. Their brewhouse has 15 barrels and it utilizes temperature-controlled fermentation to seal and guarantee quality beer. As expected, their beers are animal-themed and Mexican/Venezuelan. There's the Bandido which is a pale
ale with mosaic. The No Mames which is a Mexican lager, Other drinks include Fresh, Brain Cloud, Bomb!, F.A.D.E.D., Bagheera, Armada, Mushrooms are Forever, Interstellar Haze, and others. If you are lucky, they might even have the seasonal tasting room only beers. The consummate foodies out there will also be sated with their selection of sandwiches, side dishes, and dishes for sharing. Their tasting room is touted to be family-friendly. They have board games and amenities for sports like table tennis and billiards. They even have a large patio called "Animal's Root and Rock Garden" where owners can unwind with their pet dogs. See where Tripping Animals is located and learn more here. 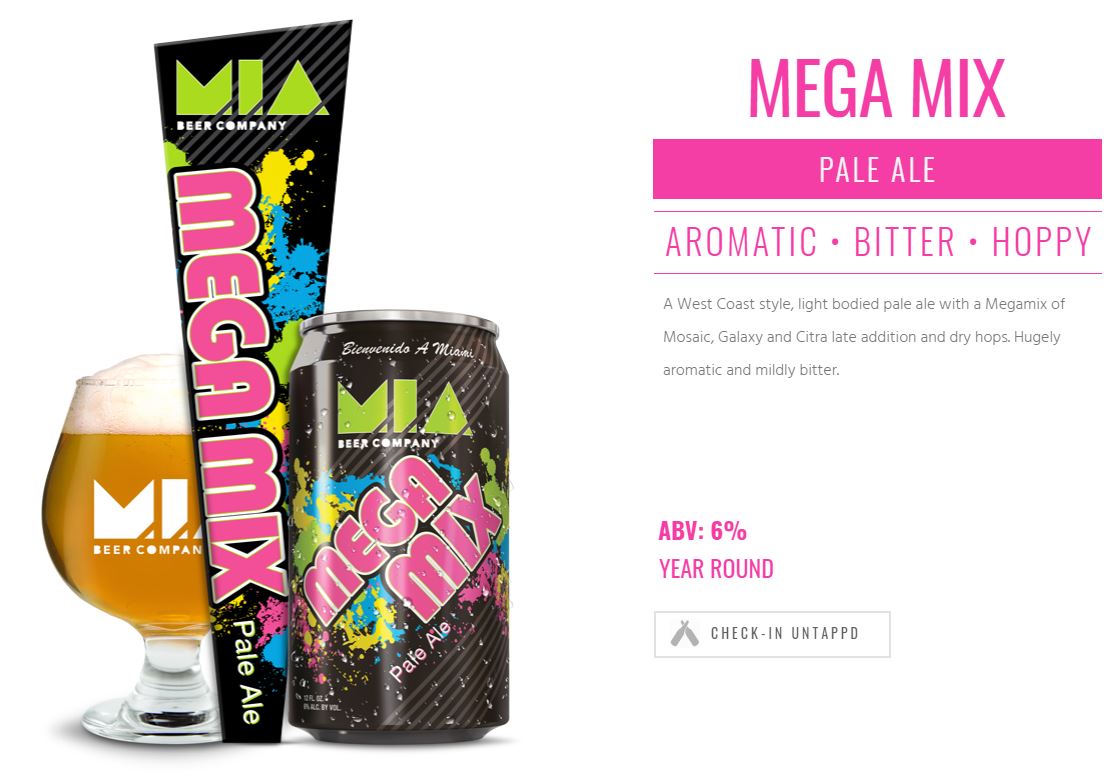 M.I.A. Beer Company's primary brewing station can be found in 10400 NW 33rd Street, Suite 150, Doral, Florida. M.I.A. beer promises traditional recipes infused with exotic and locally sourced ingredients. Their beers can also be found in other states like New York, Connecticut, Pennsylvania, Alabama, and others, and even in countries like the Dominican Republic, Honduras, and Sweden. Their beer cans are known for their vibrant design. Named the Bruhaus, their taproom offers a large selection of brewed beer with 54 draft lines as well as a full menu as it is also a restaurant. They have around 150 different beers with colorful names that promise to offer a taste of Miami. They have a selection of beers like light (like MC Amber, 305, Miami Weiss), hoppy (like Neon, Megamix, La Terazza), Sours (Regresa A Mi, Encanto de Amor, Tropi-goth), and dark (like Tourist Trappe, Big in Japan, Kilty Pleasure). In addition, they also have sangrias and wine. To sate your hunger pangs, you can always sink your teeth into their handcrafted croquetas which were the Judge's Choice of Croquetapalooza 2019. They also have German pretzel, fish and chips, chicken tenders and fries, tortillas, cheese sticks, tacos, burgers, and churros. The place has a chill vibe with its indoor and outdoor seating areas. For tourists and even locals, you can always take their brewery tour to see their operation and even taste a pint of their flagship beers. Learn more about MIA Beer Company here.