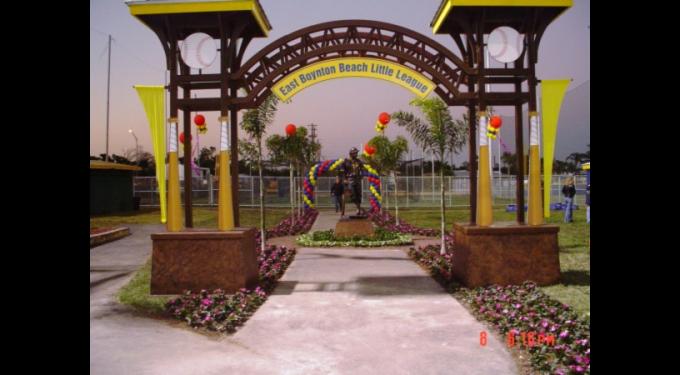 The park is home of the 2003 Little League National Champions, the East Boynton Beach Little League. In 2006, producers of ABC's Extreme Makeover: Home Edition heard about the park through applications to the show from people in the community. This was three months after damage occurred due to Hurricane Wilma in October 2005. It was the community spirit ABC saw in an audition that weighed heavily in the City's favor, producers said. The Boynton project, part of the show's After the Storm series on hurricane-damaged communities aired in the Spring of 2006.