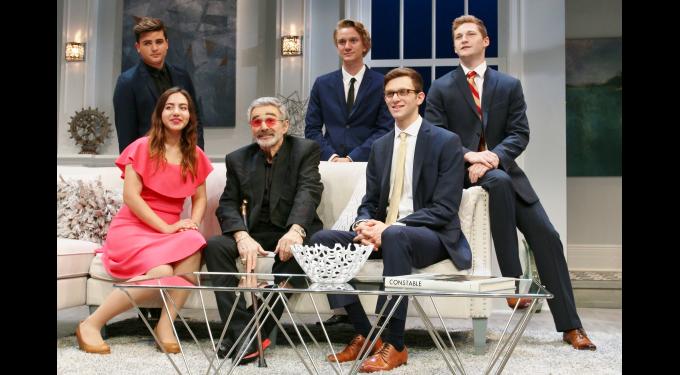 More than $12,000 in awards and scholarships will be presented to high school and university film students. Award winning actor, writer, producer, comedian and former Blue Man, Frank Licari will host the event. Licari is the current host of Around The Corner in The Palm Beaches on South Florida PBS and has appeared in Network TV Shows such as Graceland, Nashville, Burn Notice, Bloodline and Law & Order as well as the feature films Walt Before Mickey (opposite Jon Heder), Papa (opposite Giovanni Ribisi), and the soon to be released American Made (opposite Tom Cruise). He’ll shine a humorous light on today’s obsession with social media. “I am ecstatic to be a part of the award show for my eleventh year,” said Licari, “You never know which of these students could be the next award-winning director.”

Legendary actor, Burt Reynolds will personally present the Burt Reynolds’s scholarship recipient his or her award at the 22nd Annual Student Showcase of Films awards show. Mr. Reynolds will be featured among other surprise celebrity presenters announced closer to show time. Florida colleges and universities with film, television and digital media programs have been invited to exhibit in the lobby of the theatre. Representatives from Palm Beach Atlantic University, Full Sail University, Art Institute of Ft. Lauderdale, New York Film Academy (Miami) and Lynn University will be on hand to answer questions and handout materials. Students will have the opportunity before and after the show to talk with, and get information on these amazing programs. Michelle Hillery, Palm Beach County’s Deputy Film Commissioner and Executive Producer of the Student Showcase of Films stated, “We are pleased, once again, to host an event celebrating the passion Florida students have for filmmaking, writing, graphic design and storytelling. We are honored that Mr. Reynolds, along with other fans of the festival, take the time to attend this event and personally connect with these talented young people.”

The placements of the winners for the Feature/Short category, as well as the Burt Reynolds and Sara Fuller scholarship winners, will be announced at the 22nd Annual Red Carpet Awards Show.

The 22nd Annual Student Showcase of Films will take place at the Keith C. & Elaine Johnson Wold Performing Arts Center at Lynn University on March 10, 2017, RED CARPET at 9:30am and SHOWTIME at 10:30am. The event is free and the public is encouraged to attend. Please RSVP by March 3rd by emailing ccobb@pbfilm.com or calling 561.233.1000.

Winning student films will also be screened in their entirety on the “big screen” at the students’ own premiere during PBIFF, March 29, 2017 – April 2, 2017. For more information about the Student Showcase of Films please visit www.pbfilm.com