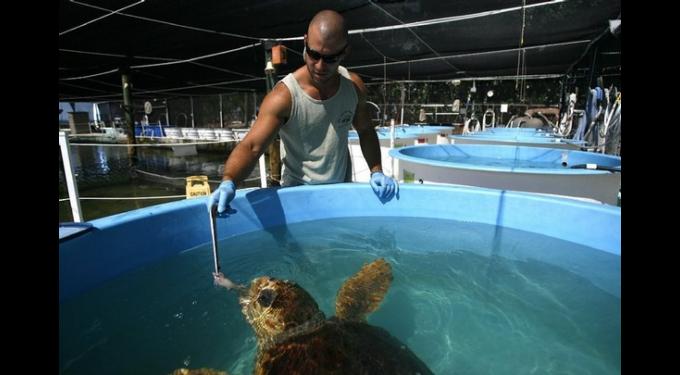 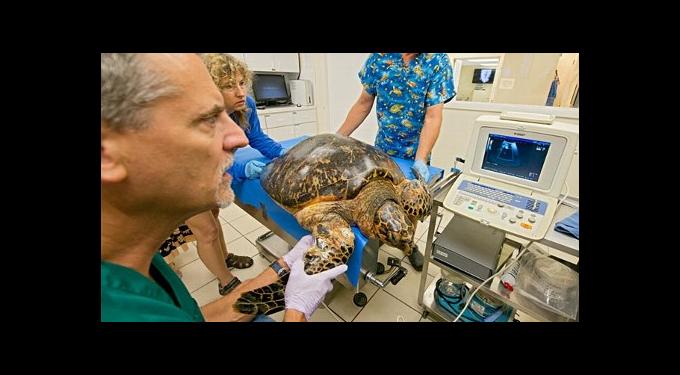 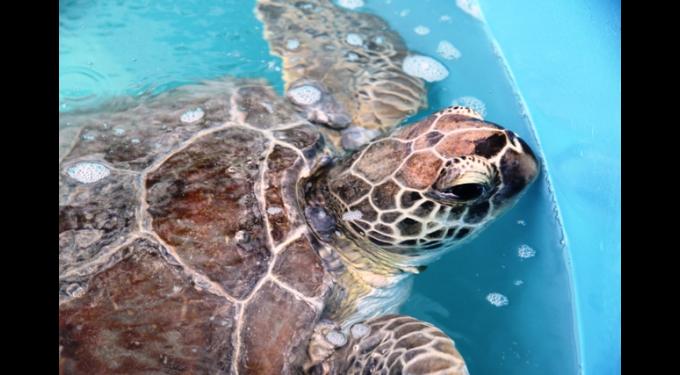 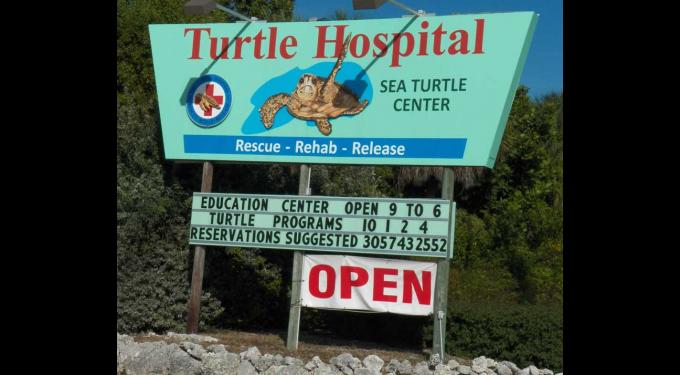 The Turtle Hospital in Marathon, Florida, is a safe haven, rehab, and treatment center for endangered sea turtles that also works to improve the standard of living for all turtles through education and research programs. It is a small non-profit organization, and it depends on your support!

The Turtle Hospital treats sick and injured turtles while also working with legislation to make the beaches and water safer and cleaner for sea turtles and teaming up with state universities to further research these turtles. Visit the converted motel to see current patients as well as five permanent residents: April, Bubble Butt, Bender, Montel, and Rebel. Patients who can be treated and released usually involve flipper amputations from getting tangled in ropes, shell damage from colliding with boats, and intestinal issues from having ingested plastic bags or other foreign objects.

The Turtle Hospital has successfully released over 1500 turtles since opening its doors in 1986. Turtles who require intensive care due to fin amputations or other injuries or illnesses have their own tanks, and there are several separate tanks as well for hatchlings. Most exciting is the 100,000 gallon salt-water pool, which was once the swimming pool at the motel. This tank is home to permanently disabled turtles who would not otherwise survive in the wild. Most rehabilitated turtles are released back into the sea, and some are rehomed in zoos and aquariums around the world, but a handful of turtles reside in the caring protection of The Turtle Hospital.

Educational programs run frequently throughout the day, seven days a week, and include a tour of the facility and turtle rehabilitation area. The program runs about 90 minutes and offers behind the scenes looks into the facility and the lives of the turtles. At the end of the tour, you get to feed the permanent residents as well! Afterwards, get yourself a souvenir at the gift shop. There are discounted rates for children, and kids under four are free. Space is limited, and reservations are highly recommended.

Garden of Lights
Flamingo Garden's Botanical Gardens and Historic Wray Home are decked out with thousands of lights...

Sunday Jazz Brunch
The first Sunday of each month enjoy the smooth sounds of local jazz with family...