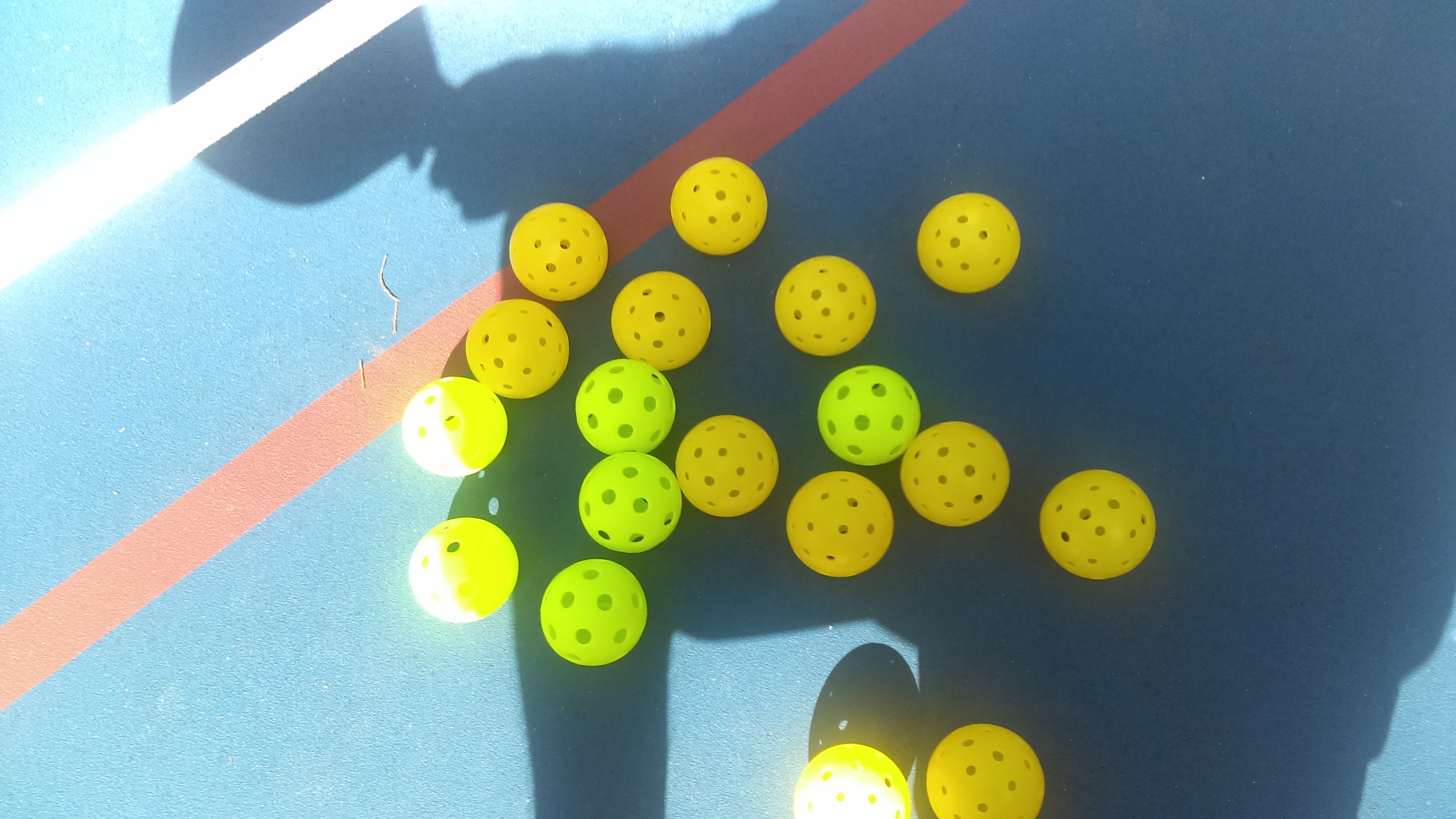 If you frequent parks in South Florida, recreational centers, or places like the YMCA, odds are you have noticed people playing a game that looks something like tennis, if the people playing tennis did not have the right equipment. You may have strolled past them thinking, “Well that’s not how you play tennis at all!” and you would be right – because the game they are playing isn’t tennis at all; it is a relatively new game, known as Pickleball, and it is sweeping the nation. But what, exactly is pickleball, how do you play this trendy new sport, and where can you play pickleball in South Florida? South Florida Finds had these same questions, so our editorial team hit the streets to learn more so we could share with our readers.

While its rise to popularity is a recent occurrence, the sport of pickleball has actually been around since 1965. Three fathers, dealing with a group of bored children, came up with the concept while living in Bainbridge Island, not far from Seattle, Washington (also the birthplace of Grunge music – must be something in the water). The fathers – Bill Bell, Barney McCallum, and Joel Pritchard started with a set of easy rules and some handmade equipment. Shortly thereafter, pickleball was born. Regarding the name pickleball, many people attribute it to one of the inventor’s dog’s name – Pickles. However, that has been debunked (even though it still floats around as a piece of the game’s mythology); it was actually named after the wife Joel Pritchard – Joan Pritchard – commented that it reminded her of “Pickle Boat” in crew, in which oarsmen were picked from unchosen leftovers from the other boats. Since then, pickleball has grown throughout the United States, boasting over 8,000 pickleball courts in the United States alone. In addition, pickleball clubs have begun to spread to the international community. Here in the States, pickleball even has its own governing body: USA Pickleball (www.usapickleball.org).

At its core, Pickleball is a type of paddleball game, with similarities to badminton, tennis, racquetball, and table tennis. The Players convene on a 20 by 44 feet court, which is divided in the center by a net. It can either be played as a singles game (one versus one) or a doubles game (two versus two), in which players hit a perforated ball (think of a wiffle ball) over the net in an effort to get the opposing side to commit a “fault”. If a player on the non-serving side does commit a fault, the serving side wins a point. As with tennis, only the server can score a point. Faults are defined as: Failing to hit the ball in your opponent’s “service court” Hitting the net with the ball or not making your serve over the net Failing to hit the ball prior to its second bounce on your side of the net Hitting the ball out of bounds If a player steps into what is known as the non-volley zone (the first seven feet from the net) or the “kitchen’ If a player comes into contact with the net. This includes the player’s body, equipment, or assistive devices, such as a walking cane. If a player hits the ball before it bounces when returning the serve or if the same occurs after the first return on the serving side; this is known as volleying. If a player serving the ball commits a fault, the other team becomes the serving side. A player or team can win a game of pickleball by scoring 11 points, with the caveat that they must be leading their opponents by at least two points. In the event that there is a tied game – both sides have 10 points each – the person/team that gains a two-point lead wins the game. Check out the official pickleball website to learn more about the rules of pickleball and pickleball tournament rules.

There are roughly 90 official places to play pickleball in South Florida, with location in Boca Raton, Boynton Beach, Deerfield Beach, Hollywood, Davie, Broward County, and Miami – to name but a few. For brevity’s sake, we will list a few that we think are the best here.

Pickleball at Boynton Beach Caloosa Park This park located near Woolbright road in Boynton Beach, Florida, features 8 pickleball courts. Sometimes the courts are lit at night and sometimes not, so be sure to check if you intend to play after sunset. The schedule of play varies as well, with the only definitive play times being on Saturday from 9 to 12noon and Sunday 830 to 12 noon. Paddleball play is available during daytime, evening, and weekdays, but you have to contact the pickleball ambassadors (561-499-2020) – Harriet and Josh Kalin – for times. You can also e-mail them at jhkalin@gmail.com. Pickleball at Caloosa Park is free to play. Location: SW 35th Avenue, Congress South of Woolbright, Boynton Beach, FL 33436.

Collins Community Center Pickleball Courts: Oakland Park, Florida Collins Community Center is located in Oakland Park and is actively seeking new pickleball players. One great benefit to the community center is that they offer use of free pickleball paddles and balls. You have to bring your ID and something for them to hold onto as collateral, but it is nice to not have to bring your own equipment or purchase your own if you are a new pickleball player. Currently, there pickleball court schedule is Wednesday from 6pm to 9pm and Saturday 9am-11:30am. You can contact Tricia Paolucci at 954-630-4368 for more information. Location: 3900 NE 3rd Avenue, Oakland Park, Florida 33334 Places2Play has a great website listing more places to play pickleball in South Florida.

Where to Learn Pickleball in South Florida

If you are looking for a more hands-on approach to learning pickleball, there are pickleball leagues in South Florida, where you can get personal instruction on the paddleball sport. These leagues also host pickleball tournaments as well, which is nice once you become more involved in play. One such pickleball league is known as Pickleball Fire. Another is the South Florida Pickleball Academy. Both are great places to find more information on pickleball and get started in your training.

Pickleball is not just a sport for the young and fit. People of all ages and ability-levels can enjoy pickleball, which is one of the reasons it is such a great sport. In 2016, the United States of America Pickleball Association officially recognized Para-pickleball as part of its competitive branch. The rules to wheelchair pickleball are similar to pickleball with a few slight deviations. For example, a player’s wheelchair is considered to be part of the player’s body and so any rules that apply to the body will also apply to their wheelchair or adaptive devices. USA Pickleball has a great resource for those looking to learn the rules of adaptive and wheelchair pickleball.

Here is a list of other parks with Pickleball amenities: