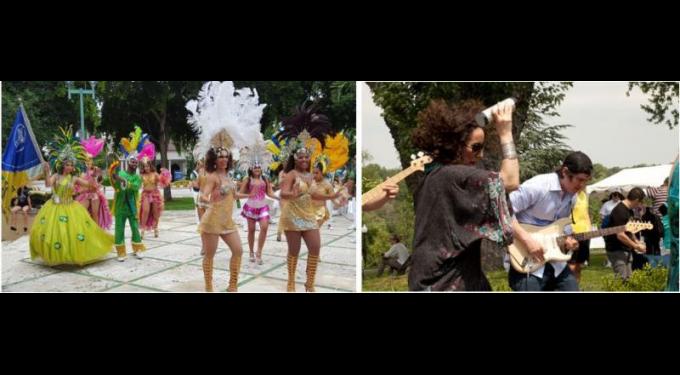 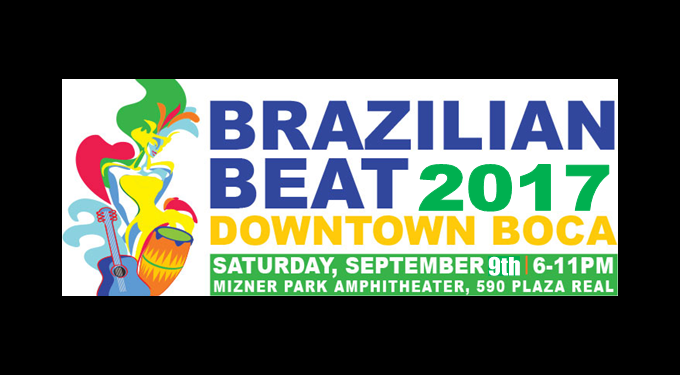 Brazilian Beat Festival in Boca Raton is an annual celebration of Brazilian food, dance, martial arts, music and more!  Spice up your life a little for this FREE event that will be fun for the entire family.  Come enjoy a Zumba showcase, Capoeira dancers, Samba drums, Brazilian food and cocktails, street dancing and more. Plus, just like last year, the SambaLá Samba School will perform a mesmerizing Rio-style parade with over 60 drummers, dancers and beautiful costumes - which is not to be missed!

Headlining this year's event are Alma Tropicalia and Batuke Samba Funk. Alma Tropicalia is a Washington, DC-based rock band that reimagines the psych-samba sounds of 60s tropicália music from Brazil, a mind-bending mix of tropical rhythms, soulful funk grooves and day-glo psychedelia that has quickly earned the group ecstatic reviews and packed performances across the region. Batuke Samba Funk is a high energy Brazilian band that mixes Brazilian rhythms such as Funk from the 70's, Afro Samba, Brazilian Big Band, Batucada, Soul, and R&B.

Free parking is available at City Hall (201 W Palmetto Park Road), the old and new Downtown Libraries (140 and 400 NW Boca Raton Blvd) as well as other on-street spaces throughout downtown, with paid parking available at the City lot on NE 2nd Street and Federal Highway.

Glasstress
Starting on January 27th and running thru September 5th 2021, the Glasstress exhibit will be...

Tradewinds Train Rides
On the third weekend of each month, passengers of all ages can ride the one-eighth-life-size...