Top Things to Do in Key West with the Kids

Whether you live near Key West, hope to visit by car, or have it as part of your upcoming cruise itinerary, one thing's for sure: You'll want to bring the kids along. Why? Because Key West has a ton of kid-friendly activities that offer an enjoyable experience for the entire family. There are too many kid-friendly attractions in Key West to include in just one article, but we'll do our best to give you the best bets while you're down there with the following list:

The Key West Aquarium is one of the oldest in the entire state of Florida. Built in the 1930s, it has plenty to look at in the form of alligators, lobster, eels, and sharks, plus plenty to touch in the way of sea cucumbers, starfish, and, of course, Key West's famous conchs.

What's the great thing about dolphins? That pretty much everyone on the planet, regardless of age, loves them. How could you not? They're so cute and smart, and you can get a super-close glimpse of these fantastic aquatic animals at the Key West Dolphin Safari. The safari's main attraction takes place on its boat that seats six. Here you'll get to see dolphin pods in their natural habitat, but that's not all. In addition to dolphins, you'll come across other Key West creatures such as stingrays, sea turtles, and manatees. Bring your swimsuits along for the ride, because the Dolphin Safari also features 45 minutes of snorkeling. Oh, and don't forget your cameras. You can snap the kids snorkeling, or take unforgettable pictures of those dolphin pods as they do their best to entertain you and your other shipmates.

Maybe you don't want to pay a premium for some guided fun with the kids. Perhaps you want to let them do their thing, while you relax and do yours. If so, Higgs Beach is just what the doctor ordered. Higgs Beach is located near Duval Street. Beyond soaking up the sun, building sand castles, and swimming in shallow water, your family can also play volleyball, tennis, or enjoy the playground. Check out the White Street Pier where you can toss bread into the ocean and see which type of tropical fish come up to the surface. Take pictures from it too so you can get some memorable snaps of the Atlantic Ocean. If your other family member (aka the dog) comes along, take them to Higgs Beach's dog park where they can frolic with their furry friends.

If your kids love playing with train sets, they'll love riding Key West's Conch Tour Train. Kids under 12 ride free of charge on this attraction that's been running since 1958, so you can save money for other fun later on. Throughout the train tour, you'll pass by 100 Key West points of interest. You'll also listen to captivating backstories of this historic town, and a rather interesting one on a haunted doll that will undoubtedly keep your kids' attention.

Who says museums are just for adults? At the Key West Shipwreck Museum, there's fun to be had for the entire family, as well as some learning along the way. The museum features artifacts from the 17th and 18th centuries, with over 400 shipwrecks represented in all. Some great photo ops can be had too thanks to the 65-foot lookout tower that provides fantastic views of where many of the museum's ships last sailed.

While some of the attractions in this list are on the tamer, drier side, Sunset Watersports sits on the opposite end of the spectrum. Simply put, this Key West kid-friendly activity is wild, wet, and full of adrenaline. You can kayak, snorkel, ride paddleboats, and parasail. You can also turn it up a notch by hitting the jet skis, wave runners, and banana boat rides. You'll burn a bunch of calories with so much movement, which is why Sunset Watersports also offers a picnic lunch to replenish your hungry bodies. 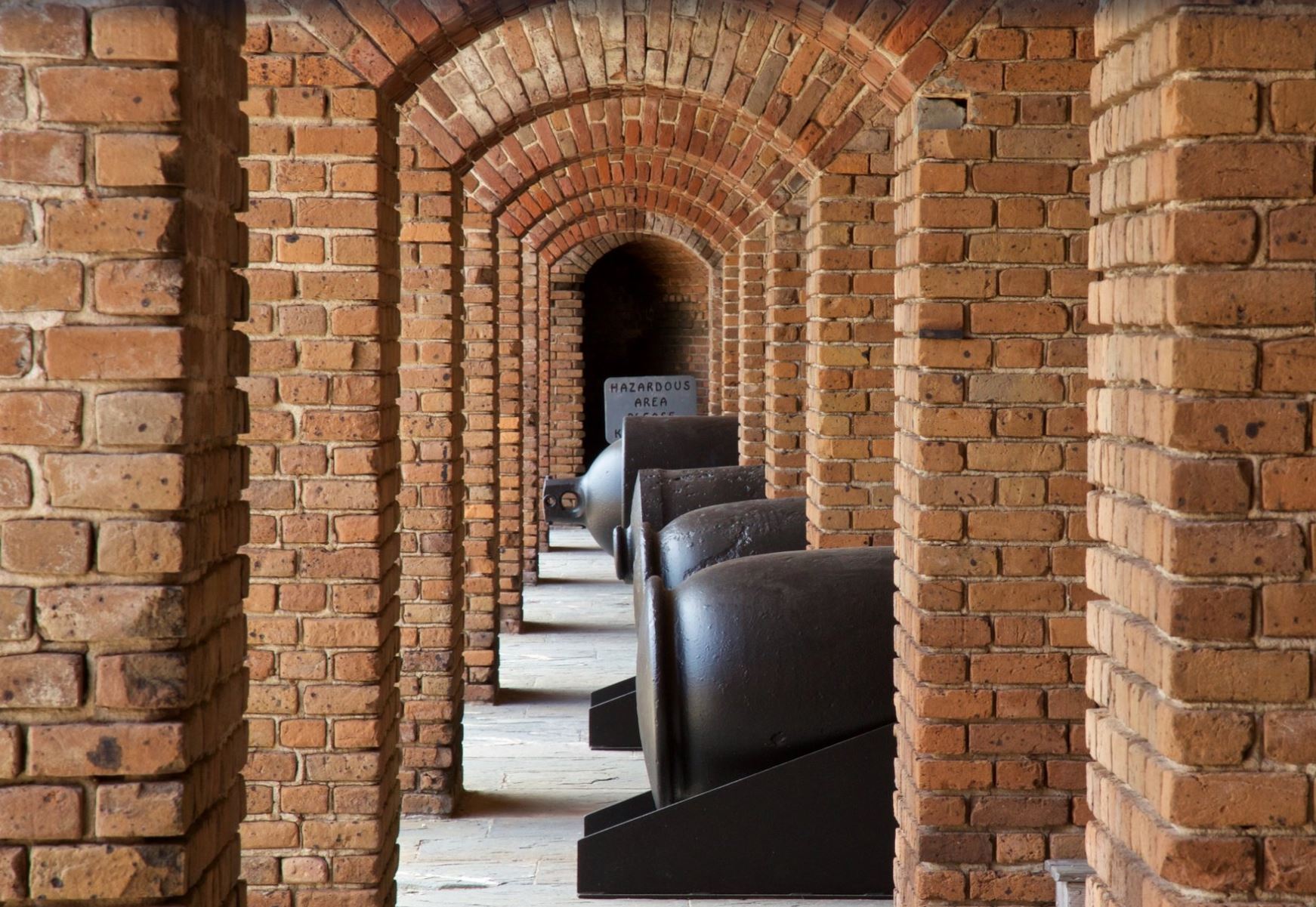 Located in Old Town, Fort Zachary Taylor State Park has a bit of everything to satisfy your senses. The park is visually stunning thanks to its nature trails, beaches, and coral reef that's perfect for snorkeling. It's also mentally stunning due to the entire historical aspect that the park brings to the table. Fort Zachary Taylor played a significant role in the Spanish-American and Civil wars. In fact, the three-story fortress was once home to the most Civil War cannons in the United States. Many of those cannons are still around, so you'll get plenty of great photo ops here. You can also fish at Fort Zachary Taylor, and if you get hungry this 54-acre National Historic Landmark, have some key lime pie at the beachfront cafe. The list above should keep your Key West schedule filled to the brim with fun-filled activities for you and the kids. If you're still looking for more to do while you're near the United States' southernmost point, browse our site for guides on Key West kayaking, snuba (snorkeling and scuba), the Key West Aquarium, and more.